Before The Collapse: A Guide To The Other Side Of Growth

Description:
Nobody has to tell you that when things go bad, they go bad quickly and seemingly in bunches. Complicated structures like buildings or bridges are slow and laborious to build but, with a design flaw or enough explosive energy, take only seconds to collapse. This fate can befall a company, the stock market, or your house or town after a natural disaster, and the metaphor extends to economies, governments, and even whole societies. As we proceed blindly and incrementally in one direction or another, collapse often takes us by surprise. We step over what you will come to know as a “Seneca cliff”, which is named after the ancient Roman philosopher, Lucius Annaeus Seneca, who was the first to observe the ubiquitous truth that growth is slow but ruin is rapid. Modern science, like ancient philosophy, tell us that collapse is not a bug; it is a feature of the universe. Understanding this reality will help you to see and navigate the Seneca cliffs of life, or what Malcolm Gladwell called “tipping points.” Efforts to stave off collapse often mean that the cliff will be even steeper when you step over it. But the good news is that what looks to you like a collapse may be nothing more than the passage to a new condition that is better than the old. This book gives deeper meaning to familiar adages such as “it’s a house of cards”, “let nature take its course”, “reach a tipping point”, or the popular Silicon Valley expression, “fail fast, fail often.” As the old Roman philosopher noted, “nothing that exists today is not the result of a past collapse”, and this is the basis of what we call “The Seneca Strategy.” This engaging and insightful book will help you to use the Seneca Strategy to face failure and collapse at all scales, to understand why change may be inevitable, and to navigate the swirl of events that frequently threaten your balance and happiness. You will learn:
– How ancient philosophy and modern science agree that failure and collapse are normal features of the universe
– Principles that help us manage, rather than be managed by, the biggest challenges of our lives and times
– Why technological progress may not prevent economic or societal collapse
– Why the best strategy to oppose failure is not to resist at all costs
– How you can “rebound” after collapse, to do better than before, and to avoid the same mistakes. 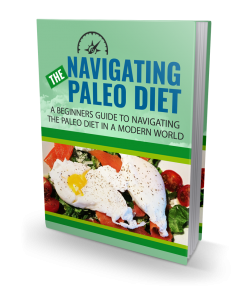